How to Write Amharic on Computer Keyboard, Android and iPhone 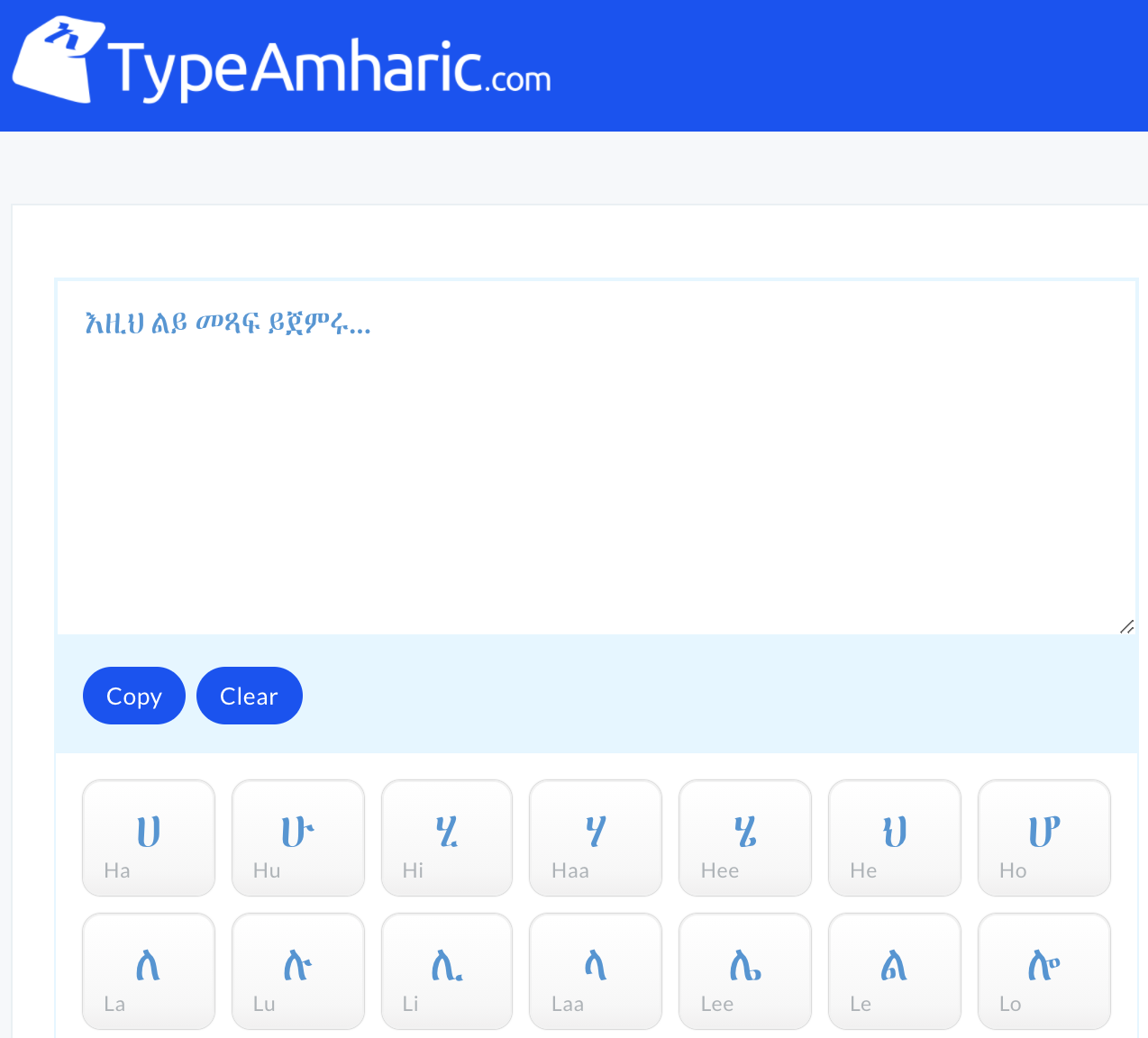 Amharic is the official language of Ethiopia and the most spoken Semitic language in Africa. It uses Ge’ez Script, an ancient writing system and an alphabet called Fidel composed of over fifteen Ge’ez letters, each with seven variants.

Writing in Amharic on a computer is not as straightforward as just opening a text editor and starting typing. The Fidel and Ge’ez script which the Amharic language uses, is not recognised by most computer systems hence the need for a system that translates Amharic alphabet into English and vice versa. There are several physical and virtual Ge’ez keyboards, web apps and input tools that can be used to type in Amharic on a computer keyboard. We have listed here three of the easiest options.

The easiest option for those who just need to write in Amharic occasionally is to just use a virtual keyboard. Two popular choices are Type Amharic and Ethiowebs Amharic Keyboard. 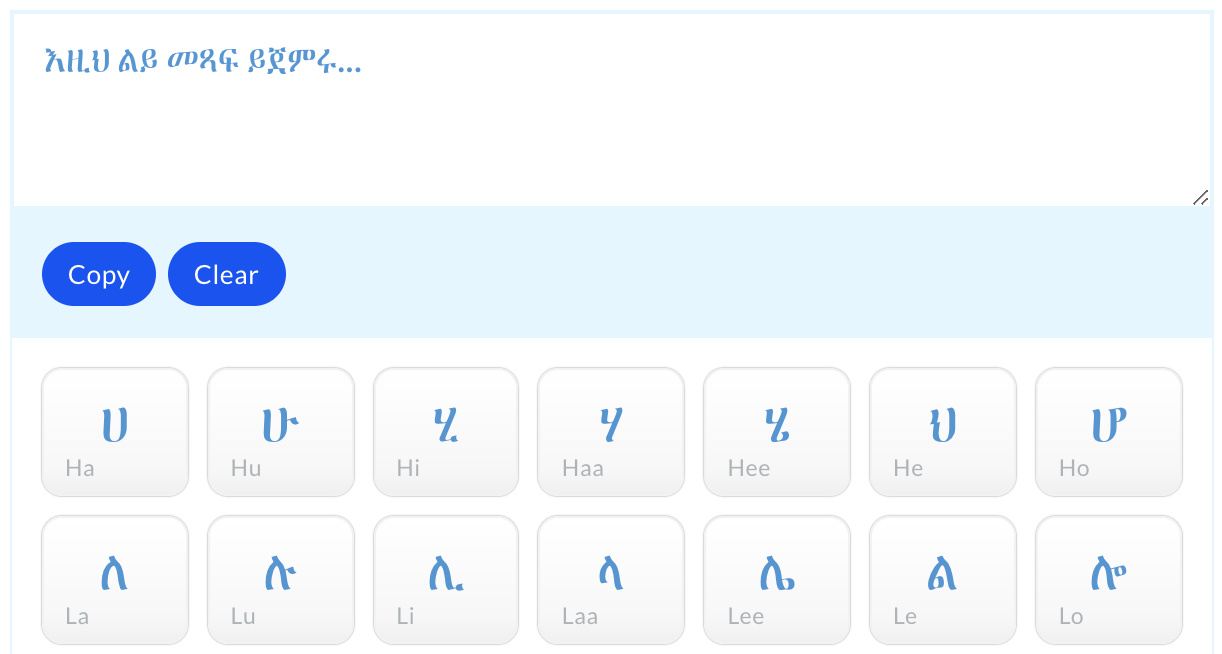 Both are Ge’ez keyboards and fundamentally work the same: You can enter Amharic letters by clicking them on the virtual keyboard or typing the corresponding keys on your physical keyboard. The text can then be copied and pasted to other applications, used for Google search, to update your Social Media status or sent as an email message.

A virtual Amharic keyboard is an excellent choice for the occasional user as there is no need to install an application or invest in a physical keyboard.

The other advantage of virtual keyboards is their compatibility with almost all computer and mobile operating systems making them an all in one option.

Installing and using a physical Ge’ez keyboard is straightforward. The first step is to connect the keyboard to your computer and install the required drives. You might need to install Ge’ez language support that is compatible with your operating system. Once everything is set up, the keyboard can be used to type in Amharic letters in any application. The keyboard should come with a user guide to help you get started on keyboard layout, options and shortcuts.

Writing in Amharic on Smartphones

If you need to write in Amharic on your phone or tablet there are also several ways you can do this.

The first option is to use one of the virtual keyboards mentioned above. This is the quickest solution if you are just writing a short note or message.

The second option is to use Google’s Gboard. Gboard works on most phone apps and text editors therefore is the better choice for frequent users. It is easy to install and use on both Android and iOS devices.

On an Android phone or tablet, open the Settings app. Tap the System menu followed by Languages & input. Under “Keyboards,” tap Virtual keyboard. Tap Gboard and then Languages. Pick Amharic from the list. Turn on the layout you want to use. Tap Done.

On iPad or iPhone, tap the Settings menu. Under General tap on International and Keyboards to choose your preferred keyboard option. Under Add New Keyboard and select Amharic.

Once you have Gboard for Amharic is installed  you can switch between Amharic and your default keyboard by simply tapping the Globe key on your keyboard located next to the space bar.